Kristi Toguchi is a world class entertainer and coach. By combining an eclectic blend of performing arts, Kristi has created a unique style of entertainment that has been recognized throughout the world. She has been featured in national and international venues, performing for television broadcasts, corporate clients, and non-profit organizations.

Kristi is a 3rd generation magician, Aerial Acrobat, Contortionist, Dancer, Taiko Drummer and half of the Las Vegas Duo, The Femmes. Kristi's talent has been recognized with awards from the Society of American Magicians and the International Brotherhood of Magicians. Kristi was also awarded the Lady Magician of the Century Award in Hong Kong and the Outstanding Showmanship Award in Japan.

While attending High School, Kristi started her journey as the resident magician at the Pacific Beach Hotel in Hawaii. Since then, Kristi has toured as a featured performer with the Pendragons Magical Theatre Company, Lindley Lopez Circus, Fern Street Circus, Tableau, and many more. Kristi has danced with San Diego Dance Theater, and has also choreographed and performed with the San Diego Opera's production of "Turondot" and Westcoast Contortion. She was the resident aerialist at Tao Night Club in the Venetian Hotel and Casino in Las Vegas.

She was also selected to represent Sony in the "Sony Moving Project" appearing on televisions in Sony Stores across the nation. Other notable appearances include a feature in Thomas Cook Travel Magazine, appeared in NBC's TV series "The Player," SyFy's "Naked Vegas," Miss Mexico USA, and Discovery Channel's TV series "Droned." As well as performing, Kristi is the owner of Aerial Fitness School in Las Vegas, NV where she continues to share her art and knowledge with the world.

Kristi's students have gone on to become professional performers with national and international tours. Her students have performed for the Olympics, cruise lines, television, and the Motley Crue tour. Kristi trained at the Mid Pacific School of the arts-Hawaii, Alvin Ailey School of Dance-New York, Sophia Isadora Academy of Circus Arts-San Diego, and Flexible Body Art-Las Vegas. She is a native of Hawaii and holds a dance degree from the University of California, San Diego. 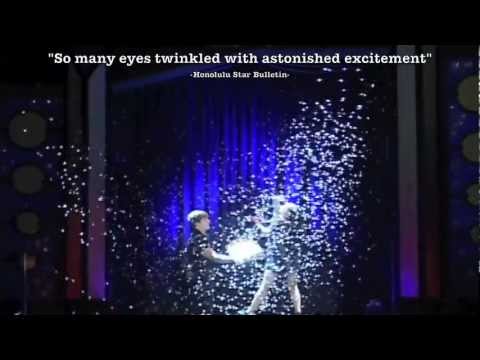